CHICAGO, Sept. 30, 2017 /PRNewswire-USNewswire/ — For 20 years Monsignor Michael Boland has compassionately led Catholic Charities of the Archdiocese of Chicago, the largest Catholic Charities agency in the country. Today he was honored with the Catholic Charities USA Bishop Joseph M. Sullivan Award in recognition for his tireless work in helping youth, children and families. He received the award at the organization’s Annual Gathering in Houston, Texas. 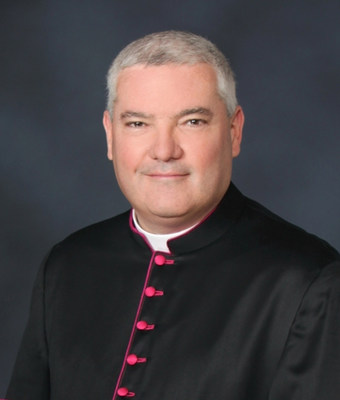 Reflecting on the extraordinary gifts that Msgr. Boland shares with so many, Sister Donna Markham, president and CEO of CCUSA, said, «It is clear that his creativity and compassion issue from the depth of his faith in Jesus who compels us to care for those who are poor. Through Monsignor Boland’s leadership, he ensures that all who come to Catholic Charities feel the unconditional love and mercy of God.  He is a model recipient of the Bishop Joseph M. Sullivan Award and Catholic Charities USA is pleased to name him as this year’s honoree.»

Msgr. Boland has been the Director of Human Services for the Archdiocese of Chicago for the past 19 years, overseeing Archdiocesan residential programs for children and adults, nursing homes, hospitals, the Office for Persons with Disabilities, and the day-to-day operations of Catholic Charities. Monsignor has been the President and CEO of Catholic Charities for the archdiocese for the past 20 years.

«I am deeply humbled by this honor, having known Bishop Sullivan and witnessed his profound love and compassion for those most in need,» said Monsignor Boland. «In Chicago, every 30 seconds we see someone turning to us for help. We give them much more than a bag of food, a nurturing classroom, or a warm place to sleep at night; we give them hope. Catholic Charities is the Church’s field hospital in our most desperate and under-resourced communities; a shining light in areas that can feel covered in darkness.»

Monsignor Boland added, «There is a tremendous need for agencies such as Catholic Charities, who are nimble and efficient, and also provide compassionate care. At all times Catholic Charities treats each person who comes to us with respect and dignity, with an ultimate goal of helping them become as self-sufficient as possible.»

Celebrating its centennial anniversary this year, Catholic Charities is the largest provider of social services in the Chicago area, and largest Catholic Charities in the nation. Monsignor Boland has grown the agency to assist nearly one million people each year at 154 locations in Cook and Lake Counties through a staff of 3,000 people, a 700 member Board of Advisors, the 400 member Junior Board, and 15,000 volunteers.

SOURCE Catholic Charities of the Archdiocese of Chicago