«Solid organic growth and strong cash flows from operations contributed to our third-quarter performance,» said Christian Ulbrich, JLL CEO. «Continued healthy market fundamentals in the global economy and many real estate markets worldwide provide a good foundation through the end of the year and into 2018.»

JLL (NYSE: JLL) is a leading professional services firm that specializes in real estate and investment management. A Fortune 500 company, JLL helps real estate owners, occupiers and investors achieve their business ambitions. In 2016, JLL had revenue of $6.8 billion and fee revenue of $5.8 billion and, on behalf of clients, managed 4.4 billion square feet, or 409 million square meters, and completed sales acquisitions and finance transactions of approximately $145 billion. At the end of the third quarter of 2017, JLL had nearly 300 corporate offices, operations in over 80 countries and a global workforce of over 80,000. As of September 30, 2017, LaSalle Investment Management had $59.0 billion of real estate under asset management. JLL is the brand name, and a registered trademark, of Jones Lang LaSalle Incorporated. For further information, visit ir.jll.com.

If you have any questions, please contact JLL Investor Relations: [email protected].

Statements in this news release regarding, among other things, future financial results and performance, achievements, plans and objectives, and dividend payments may be considered forward-looking statements within the meaning of the Private Securities Litigation Reform Act of 1995. Such statements involve known and unknown risks, uncertainties, and other factors which may cause the company’s actual results, performance, achievements, plans and objectives, and dividend payments to be materially different from those expressed or implied by such forward-looking statements. For additional information concerning risks, uncertainties, and other factors that could cause actual results to differ materially from those anticipated in forward-looking statements, and risks to the company’s business in general, please refer to those factors discussed under «Business,» «Management’s Discussion and Analysis of Financial Condition and Results of Operations,» «Quantitative and Qualitative Disclosures about Market Risk,» and elsewhere in the company’s Annual Report on Form 10-K for the year ended December 31, 2016, Quarterly Reports on Form 10-Q for the quarters ended March 31, 2017, and June 30, 2017, and other reports filed with the Securities and Exchange Commission (the «SEC»). There can be no assurance that future dividends will be declared since the actual declaration of future dividends, and the establishment of record and payment dates, remains subject to final determination by the company’s Board of Directors. Any forward-looking statements speak only as of the date of this release, and except to the extent required by applicable securities laws, management expressly disclaims any obligation or undertaking to publicly update or revise any forward-looking statements contained herein to reflect any change in expectations or results, or any change in events.

(v)          Percentage changes against prior periods, presented on a local currency basis.

Gross Contract Costs
Consistent with GAAP, certain vendor and subcontractor costs («gross contract costs») which the company manages on certain client assignments in the Property & Facility Management and Project & Development Services business lines are presented on a gross basis in Revenue and Operating expenses. The company generally earns little to no margin on the reimbursement of gross contract costs, obtaining reimbursement only for costs incurred. Excluding gross contract costs from both Revenue and Operating expenses more accurately reflects how the company manages its expense base and operating margins.

Restructuring and Acquisition Charges
Restructuring and acquisition charges primarily consist of: (i) severance and employment-related charges, including those related to external service providers, incurred in conjunction with a structural business shift, which can be represented by a notable change in headcount, change in leadership or transformation of business processes; (ii) acquisition and integration-related charges, including non-cash fair value adjustments to assets and liabilities recorded in purchase accounting such as earn-out liabilities and intangible assets; and (iii) lease exit charges. Such activity is excluded as the amounts are generally either non-cash in nature or the anticipated benefits from the expenditures would not likely be fully realized until future periods. As noted within Note 5, Restructuring and acquisition charges are excluded from segment operating results and therefore not a line item in the segments’ reconciliation from operating income to adjusted operating income and Adjusted EBITDA.

Amortization of Acquisition-Related Intangibles
Amortization of acquisition-related intangibles, primarily composed of the estimated fair value ascribed at closing of an acquisition to assets such as acquired management contracts, customer backlog and trade name, is more notable following the company’s increase in acquisition activity over the past few years. Such activity is excluded as the change in activity period-over-period is generally the result of longer-term strategic decisions and therefore not necessarily indicative of core operating results. At the segment reporting level, this is the only reconciling difference between operating income and adjusted operating income, except for the Americas segment, where Net non-cash MSR and mortgage banking derivative activity is also excluded.

To conform to current presentation, 2016 amounts were recast for fee revenue to reflect the adjustment associated with Net non-cash MSR and mortgage banking derivative activity.

Below is the reconciliation of Net income attributable to common shareholders to adjusted net income as well as the components of adjusted diluted earnings per share:

2.   During the first quarter of 2017, the company revised its methodology for allocating overhead expenses and certain costs associated with the facilities management platform in EMEA to its reporting segments. Prior year amounts have been reclassified to conform to the current presentation. These changes had no impact on consolidated results.

3.   The company considers Annuity Revenue to be (i) 100% of Property & Facility Management, (ii) 50% of Leasing, (iii) 50% of Project & Development Services, and (iv) 50% of Advisory, Consulting and Other Revenue, as well as (iii) LaSalle Advisory Fees. For purposes of distinguishing organic from acquisition-related contributions, the population of acquisitions includes those completed in the trailing four quarters inclusive of the current reported quarter, with the exception of Integral, which reflects the August 2016 completion date.

LaSalle raised $0.8 billion in capital for the three months ended September 30, 2017; dispositions and withdrawals for the same period were $1.9 billion. 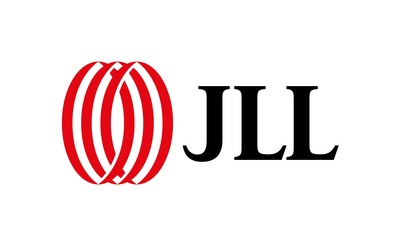